The Charterhouse pays tribute to its Royal Governor His Royal Highness The Prince Philip, Duke of Edinburgh

The Charterhouse joined the nation in mourning the death of the Duke of Edinburgh on Friday 9th April and over the Easter weekend.

The Duke of Edinburgh was one of our three Royal Governors, and, along with Her Majesty the Queen, was seen here in 2017 as the Charterhouse opened its doors formally to the public, one of his last public appearances. It was a visit captured among the many photographic celebrations of his life in the national and international media over the weekend such as this one in The Mirror.

On Friday 9th April our Chapel bell was tolled, followed by a minute’s silence at 3.30pm, and on Saturday a service of remembrance was held in the Chapel by the Preacher, Canon Ann Clarke, and attended by the Brothers. Each Governor is specifically allotted a Brother into his particular care, and the Duke of Edinburgh’s Brother, Graham Matthews, spoke at the Service. 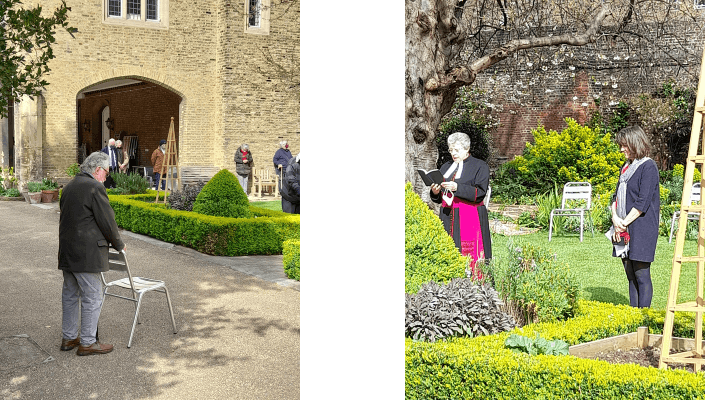 A minute silence held at the Charterhouse 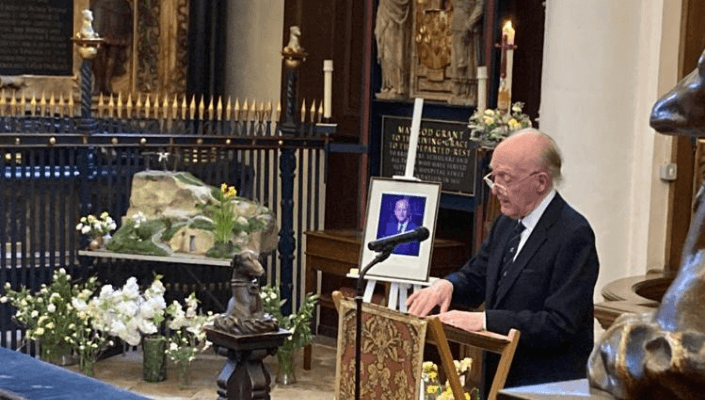 Today, Monday 12th April, our former Governor, Lord Glenarthur, very particularly mentioned the Duke of Edinburgh’s interest in the Charterhouse, in his tribute in the House of Lords.  He said:

“…the charity known as Sutton’s Hospital in Charterhouse, in the City of London, was one with which His Royal Highness was closely associated.   His Royal Highness more than left his mark as a Royal Governor of this special Almshouse.  Together with Her Majesty The Queen, and The Prince of Wales, he took considerable interest in the institution: in its historic legacy; its buildings, its staff and the pensioners who have lived there, known as ‘brothers’ because the site is one of a former Carthusian Priory.  Each of the ‘brothers’ is allocated a Governor who is asked to be aware of their welfare.  The Duke of Edinburgh was assiduous in this respect, and I know that his death will be keenly felt by that entire community. ”