The Bell at the Charterhouse

The story of the Chapel bell at the Charterhouse by our Collection Volunteer Vivienne Joncourt.

Across rural and urban areas, a significant proportion of the British population lives within hearing range of a church bell. The sound of bells tolling is an important part of our intangible cultural heritage, playing a central role in religious ritual, acting as a means of timekeeping, as well as way to mark occasions both celebratory and mournful.

The Charterhouse’s magnificent bronze chapel bell was cast in 1631 in the Whitechapel Bell Foundry, which operated continuously from 1570 to 2017. The tolling of the bell has remained a significant auditory landmark over this almost four hundred year period, forming part of an ever-evolving local soundscape. Over the centuries, its peals have variously been accompanied by those of nearby churches commemorating victims of the plague of 1665-1666, the thuds and yells generated by Charterhouse schoolboys playing football in the Norfolk Cloister, or the wind whipping through the broad leaves of the mulberry trees which have stood in the Preacher’s Court since the nineteenth century. The absence of the sound of the chapel bell would have been keenly felt between 1940 and 1943, when the bells of Britain’s churches were to ring only in order to warn of enemy invasion.

Today, the tolling of the Charterhouse’s chapel bell punctuates a more profound silence than has been felt in central London for many generations, as is demonstrated by a <recent series of comparative recordings>[1] of pandemic-era street soundscapes that are to be acquired by the Museum of London. While the site remains temporarily closed, the Charterhouse’s distinctive soundscape – including audio of the chapel bell – can be experienced through our Soundscape.

The old gentleman having taken possession of his rooms, brought in his own sheets, and gone to bed between them, finds that there is a bell ringing him to matins at nine o’clock. The same bell ringing for dinner at a quarter before three makes a pleasant music. Then at seven the bell rings again for prayers— vespers — and at eight o’clock in winter evenings, at nine in summer, it rings a curfew to call all the Brothers home. This curfew tolls exactly eighty times when the Poor Brothers’ places are all filled. When there is one dead, one stroke is deducted till his place has been supplied.[2]

In 2008, the Charterhouse chapel bell was removed by church bellhangers Whites of Appleton for restoration. It was professionally cleaned, and a new mechanism was installed to improve resonance. After its return and rehallowing in November 2008, the bell was first tolled by the Rev. Preb. Brooke Kingsmill-Lunn, a lifetime bellringer and a Brother of the Charterhouse since 2002.

Brooke notes that depending on the direction from which the wind approaches the Charterhouse, on certain days one can hear the bells of St James Clerkenwell, St Bartholomew the Great at Smithfield, or St Paul’s Cathedral. The tolls of the Charterhouse’s chapel bell form part of an established local chorus, situating the listener unmistakably in place, and uniting listeners past and present through a shared auditory experience. 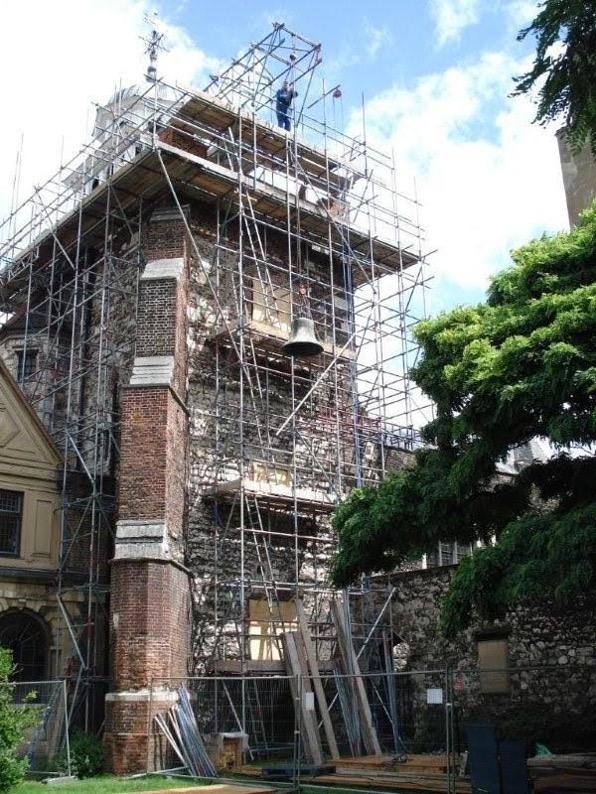 Removal of the bell for restoration by Whites of Appleton in 2008. The bell weighs 12 cwt. 3 qrs. 2lbs., or around 650kg, and is held in the cupola of one of the octangular turrets over the northern gateway to The Preacher’s Court. 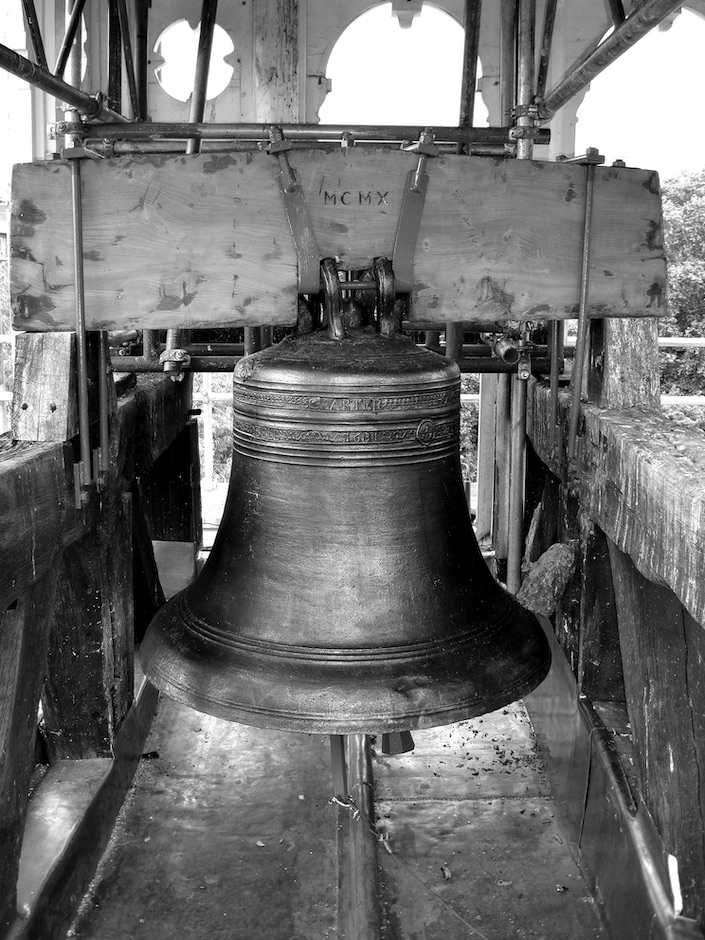 The chapel bell’s inscription bears the name of a master founder of the Whitechapel Bell Foundry, reading “T. S. Bartlet for the Charterhouse made this bell, 1631.”